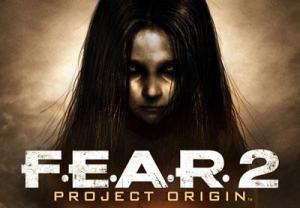 Don't be fooled, she'll eat you're heart like it's a piece of birthday cake.

There is so much I want to say about the Fear 2 Demo, so much in fact, that I will hold off on the long and undoubtedly lengthy review of what I am expecting to be one of the best games of 2009.

I know that seems like a big claim considering we are no more than a month into the new year, but when you show off a taste of something that grabs a player by the shirt and says “play the hell out of me until this game comes out in 2 weeks” That’s the kind of game that I want to play.

OK, so the demo gives a mild back story of what happened in the first game and if you played it you’ll know what I mean, if not just sit back as the game will describe the events between the FEAR (First Encounter Assault Recon) Team and the character(s) known as Alma.

From the moment I started looking at a downed chopper and a little girl carrying a teddy bear motioning for me to follow her, I was flooded with the feeling I got from the first game. Overwhelming joy/terror. You continue to go and as most games now they push you through the game and force upon you a few tutorials to help progress you through the demo.

You kill a few bad guys here and there and you instantly witness the splash of multiple color palettes jettisoning from their now lifeless bodies. This comes to be with the slowing down of time ability. Just like the first one, it gives you the advantage in a situation where speed and accuracy are not on your side and your fighting for you life. Activate Slow Down and instantly your odds of surviving are much better, but not always guaranteed.

You get to use a variety of weapons in the demo including shotguns, missile launchers, sniper rifles and 3 types of grenades. The demo easily takes the trophy for variety before you even get to play the full game, I was impressed.

OH THE HORROR! Why did it take so long to get to the part that makes this game so unique? Look I’m working on my style, but to get to the gravy of the demo, it comes down to sheer undisputed heart pounding terror. The character girl/woman Alma makes her appearance multiple times and every time she manages to make you say “wow” or “what the hell was that?” you have to experience it for yourself but need I warn you when I say no games does it better. Its like if Silent Hill were an action game, or more combat based, you would get FEAR.

Two things to finis this off before I write a mini novel here. I did not like the Mech they force you in at the end of the demo. Unless they find a way to add it in the game and make it seem necessary or blend it with the story, it seems as if Monolith took a page from Halo and decided some sort of vehicle needed to be implemented in the game to appeal to a certain masses out there. I for one do not like it nor do my colleagues.

Lastly DO NOT PLAY THIS GAME WITH THE LIGHTS ON and DO NOT RUN THROUGH IT… I can not stress how important it is take your time while playing, and actually look around hoping to be scared. if you run through it you will not witness the terror that lurks around every corner. It never gets old, and if you take your time and slowly work through it it pays off. trust me.

Play this demo, play it many times, and be prepared for February 11th when Fear 2 drops.