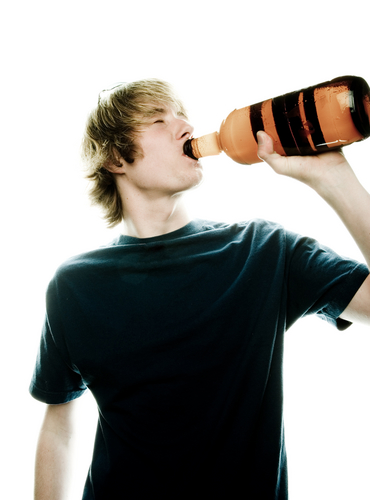 Electronic Entertainment Expo is back, and this year its back big time.  I wanted to take a look at some of the announcements from yesterday’s Nintendo Conference and give you my thoughts on them.  Objectively of course, but what I really mean is this is the stuff I find important, and so should you.

This year was a strong one for Nintendo with some of the biggest surprises (game wise) coming out this year that were NOT leaked in advance (Sony, shame on you).  Lets start off strong with 3 new Mario games coming out for DS and Wii this year.

Mario and Luigi: Bowsers Inside Story for the DS is the first I want to discuss.  If you haven’t played Partners in Time which was the previous edition of this series you need to.  I thoroughly enjoyed that game as it was unlike any other RPG I had ever played.  Incorporating attacks with timed button presses has always been a staple of the Paper Mario, Mario RPG, and M&L Series, but that game took it to a new level.  I suspect this next one will have those same features as well as some new ones.  Be on the lookout if your a DS owner.  These games are top shelf.

New Super Mario Bros. Wii will also be out this year, as this is the first core series Mario game to incorporate 4 players into the mix through a campaign (Mario and campaign seem silly in the same sentence… but whatever).  Mario, Luigi, and two Toad’s will be playable as you traverse through brand new levels, with new mechanics in this attempt to bring a side-scrolling Mario to a major platform.  I must admit, I think Nintendo did it right with this announcement.  They started this off with the first game of the show and I think everyone thought, “Oh great a DS port with multiplayer on a system that is continuing to loose its core audience”  But as the show continued and more announcement were made (see later) this game was a welcomed edition to the Mario franchise, and should be a good game to get together with friends and play some good old fashioned Mario Bros.

Super Mario Galaxy II was also announced today for the Wii, and Thank God it was.  Like I previously said, this was the game we were hoping for when we heard last year the Mario & Zelda team was working on a new game.  This game made the New super Mario Bros. Wii actually alright with fans I think.  There is a kid in a lot of us who still loves to sit down and play a Mario game.  Nintendo has frequently disappointed by making one core Mario game per system life span, which is a terrible move.  I understand they are the kings of quality when it comes to their “core series” games such as Metroid, Smash Bros. Zelda etc.  Spin-offs not included.  But bringing us a game that had an engine built for it already, all they had to do was change a few things; add some new levels, and some new game play elements and fans would eat it up.  This is exactly what Nintendo did.  Welcoming back the return of Yoshi ( multi-colored by-the-way) Mario and his friend will be flying through space again. Recent interviews with Miyamoto state that the game will 90% different from its predecessor.  Look for this by year end.

Next up we have the biggest announcement of the show.  Get prepared to experience the newest Metroid, the likes of which you have never seen, nor could have imagined.  Metroid: Other M is not being produced by Retro this time (Notice the omission of Prime from the title?), but instead is being made by Nintendo and Team Ninja (Ninja Gaiden Dead or Alive).  The game trailer shows off a multitude of things that fans will instantly recognize.  I’ll save that for a shorter post so be sure to check out my forthcoming post on this trailer.  I will give you something of course, the game is being shown in what looks to be 2-D, also 3-D and first person as well.  Look for this game to be out sometime in 2010.

Lastly Wii Sports Resort will also be coming this Summer with Motion Plus included.  I don’t know a single person that doesn’t like Wii Sports and I imagine this will be no different.  My only concern is that its not bundled in this time, you gotta go out and buy it.  The game is going to be a hit, but let’s see how many people rush out to buy a sequel to a well made Tech-Demo.  12 games in total will be making their way into Wii Sports Resort and they are as follows… Archery, Frisbee, Basketball, Cycling, Canoeing, Power Cruising, Table Tennis, Air Sports, Bowling, Swordplay, Golf and Wakeboarding.  If it plays as good as it looks, this could be a great game and of course something fun for the friends and family when they come over.  Expect to see this on July 26th.

Now for some of the other things that were announced, but of course fall in the shadow of the beasts listed above… Red Steel 2 was shown today, it will only be using Motion Plus and will come packaged with it.  The game looks to have a cel shaded art style (similar to that of Borderlands) and will use the same gun and sword game play.  We posted a trailer for it a while back but it has since been taken down.  Well the game play trailer is on the net now, and the game looks “good”  but not “great”.  It seems you don’t need to really rely on the direction your swinging, though it works the way it was supposed to now.  The game looks to be a decent title, but time will tell if it turns out to be a real hit that promises an experience unlike any other shooter out there.

Fans of the Golden Sun games on the GBA will be happy to know that Nintendo has ressurected this treasured franchise once more on the Nintendo DS.  I personally have never played one, but I never heard a bad thing about them.  I would definitlely like to give this game a shot in the future as the DS does RPG’s right.  Look for this one this year as well.

Wii Fit Plus: Obvious sequel to Wii Fit, with more exercises.  Its biggest change is the ability to set amount of time you want for an exercise or pick your daily routine.
Sin & Punishment II: Sequel to the game that almost never made it stateside.  It’s a 3rd person almost rail shooter highly acclaimed and was originally on the N64.
Endless Ocean II: Sequel to the ocean exploration game on the Wii that was unfortunately not a game at all.  This game will allow for exploration and the ability to collect items for money to use on new upgrades, you can be attacked, and also help to heal the sick fish in the water.  I know it doesn’t sound like a lot, but play the first one and you’ll understand that it’s a big improvement
Monado: Beginning of the World: A New RPG from Nintendo, details are sketchy but it looks quite impressive, as a turn based/open world RPG.  Keep an eye on this one.
Span Smasher: Bounce “smasher” around and smash into barriers. Players use just one hand to swat him toward the objects they want him to smash, and he does the rest.
Line Attack Heroes: Strange strategy/action game that is better left up to you to check out if you’re so interested.  Sounds cool though.

Fossil Fighters: This looks cooler than it sounds, might be the next Pokemon.  Find fossils around the world and dig them up, clean them (laser debris off the fossils, break the rock surrounding it), then after a full set is complete you can revive them and fight your dino’s against others.  Will support Nintendo Wi-Fi.
Legend of Zelda: Spirit Tracks: What else to say execept you have an armored friend with you, you’re on a train with a cannon, and its probably going to be a great Zelda game.
Picross 3D: One of the best kept secrets on the DS is the original Picross, and this installment will have you making 8-Bit pictures but in 3D this time.  Looks really complicated, but fun.
Professor Layton and the Diabolical Box: This is the sequel to the huge hit Professor Layton and the Curious Village.  Expect to see more puzzles and another engaging story as the two detectives puzzle their way through a mystery not able to be solved by conventional logic alone.

There are other games not noted here due to their lack of information or just that they won’t appeal to you, our wonderful audience.  I hope you enjoyed this look at Nintendo E3 2009 and I hope to hear feedback on what you’re looking forward to as well.  This is going to be an exciting year for Nintendo Fans, I know I’m psyched.