Thursday’s original daily posts are in a bit of a flux at the moment, so you’ll have to deal with a more… traditional daily.  We’re not bringing that format back, but it definitely works in a bind.  Jim usually does the Thursday articles, but due to a new addition to his family in the form of a cute little baby boy, he can’t make it to the web right now.  Feel free to publicly send your congratulations to James.Bradford@PixelsandGrids.com

Steam is deeply discounting one of last years best RPG’s.  Fallout 3 for PC is now 50% off until Sunday.  That brings it to the low price of $25 and will allow you possibly pick up some DLC while you’re at it.  It also gives us another opportunity to use the head ‘splosion pic up top.

Battlefield 1943 finally got release dates for XBLA and PSN, and it’s next week!  Look for it on XBLA next Wednesday and PSN next Thursday.  Early reviews are all positive saying that it is essentially the same old Battlefield 1942 you may have loved in the much improved Frostbyte engine from Bad Company.

Still loving Dawn of War 2?  Well Relic is showing that they still love you!  The beta for the upcoming “There is Only War” patch is now open to all users.  Along with some bug and balance fixes, the patch will bring 8 new multiplayer maps and  a map editor for your enjoyment.  Click the link above to find out how to join via Shacknews.

A couple of really bored kids decided to make a Team Fortress 2 tabletop RPG one day while bored at their grandma’s house.  You can’t make this kind of shit up!  Click the link for Kotaku’s scoop.  Maybe PNG will give those rules and playtest and review.

The last little bit isn’t really news and it almost kills me to link to this.  You see, I have an unreasonable amount of dislike for Michael Pachter, well known video game analyst that works for Wedbush Morgan Securities.  This guy likes to fire off obvious or completely off the wall predictions about the video game industry as a whole.  I suppose my issue isn’t so much with him, but the insane amout of attention this hack job gets whenever he spouts out a single sentence concerning gaming.  It’s like he rides a damn chariot made out of chocolate and gold being pulled by 4 pegasus that glow with the light of a thousand suns.  To even look upon him would melt the eyes from your skull.  Apparently now Michael Pachter has reached a status that is on par with Chuck Norris with his own little facts.

PNG knows the truth about Pachter and how evil he really is though.  Oh, do we know… 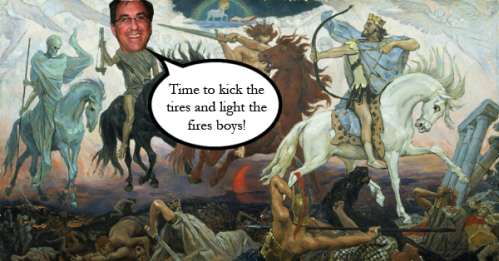