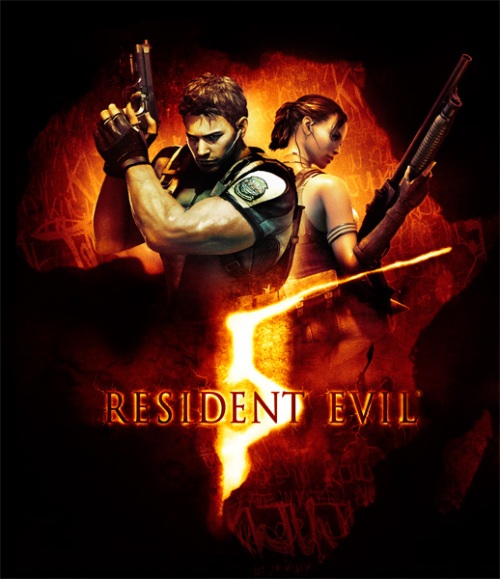 While the majority of you may be out purchasing your copies of Resident Evil 5 at various retailers tonight, three of us will be working hard to bring you your weekly fix of PNG Audiophile.  I’m packing this daily with lots of RE flavor and a dash of grids at the end.

Capcom is making my brain boil.  The DLC that was announced for Resident Evil 5 that adds various multiplayer modes will be released in few weeks per Kotaku and other reliable sources.  That’s fairly sweet to be putting out new content for a game so soon after it’s release.  It’s kind of like how Lionhead Studios added the multiplayer patch on day one to Fable II for free.
Well… almost, kind of, sort of like that.
Capcom actually wants to charge you $5 for content that probably should have been on the disc in the first place or else released as a free update.  They should probably learn a thing or two from Valve and Lionhead Studios.

Capcom’s big Resident Evil reveals that they had hinted at for Wii owners earlier in the week are detailed at Joystiq here.  It looks like a sequel to Umbrella Chronicles and ports of the Gamecube games Resident Evil and Resident Evil 0.

The feeds have been kind quiet as of late with grids news.  Days of Wonder launched the official site for Small World where you can find all sorts of info on gameplay and a link to their store to preorder the game.  It looks like it’s due to ship out around May 5th.  You’ll see where PNG linked to some information about it back in our very first Daily post.

My how you’ve grown into such a strapping young lad PNG Daily.  You’re mother is so proud of you.

Do You Capcom Take Thee Microsoft?

Hot on the heels of my 2/22 podcast bashing all things Microsoft and Capcom comes news of an unholy union between the two. Today Larry Hyrb (aka XBOX Live’s Major Nelson) unveiled the newest addition to the 360 console family, a Resident Evil 5 version of the 120GB Elite Unit.

The system will come in red and come bundled with all the standard components of the elite: a wireless controller, 120 GB hard drive, wired headset and component, HDMI and Ethernet cables. In addition, this new red version will also come with a copy of Resident Evil 5, a Resident Evil theme and a free voucher to download (pause for breath) Street Fighter II Turbo HD Remix.

All in all a good deal for the literally tens of Resident Evil fans who don’t yet own a 360 considering the system carries the same $399 price tag as the standard elite minus all the Capcom goodies. More likely though, this is a great deal for the tens of thousands of gamers with broken 360’s that need a replacement. Those fortunate souls can trade in RE5 towards a game that is actually good.

So this begs the question: why a red 360 for this “extremely limited” console that coincides with RE5’s March 13th release? Neither Microsoft or Capcom would say. It can be assumed however, that red was chosen so that the ominous three red rings adorning the system’s faceplate would blend nicely into the background.